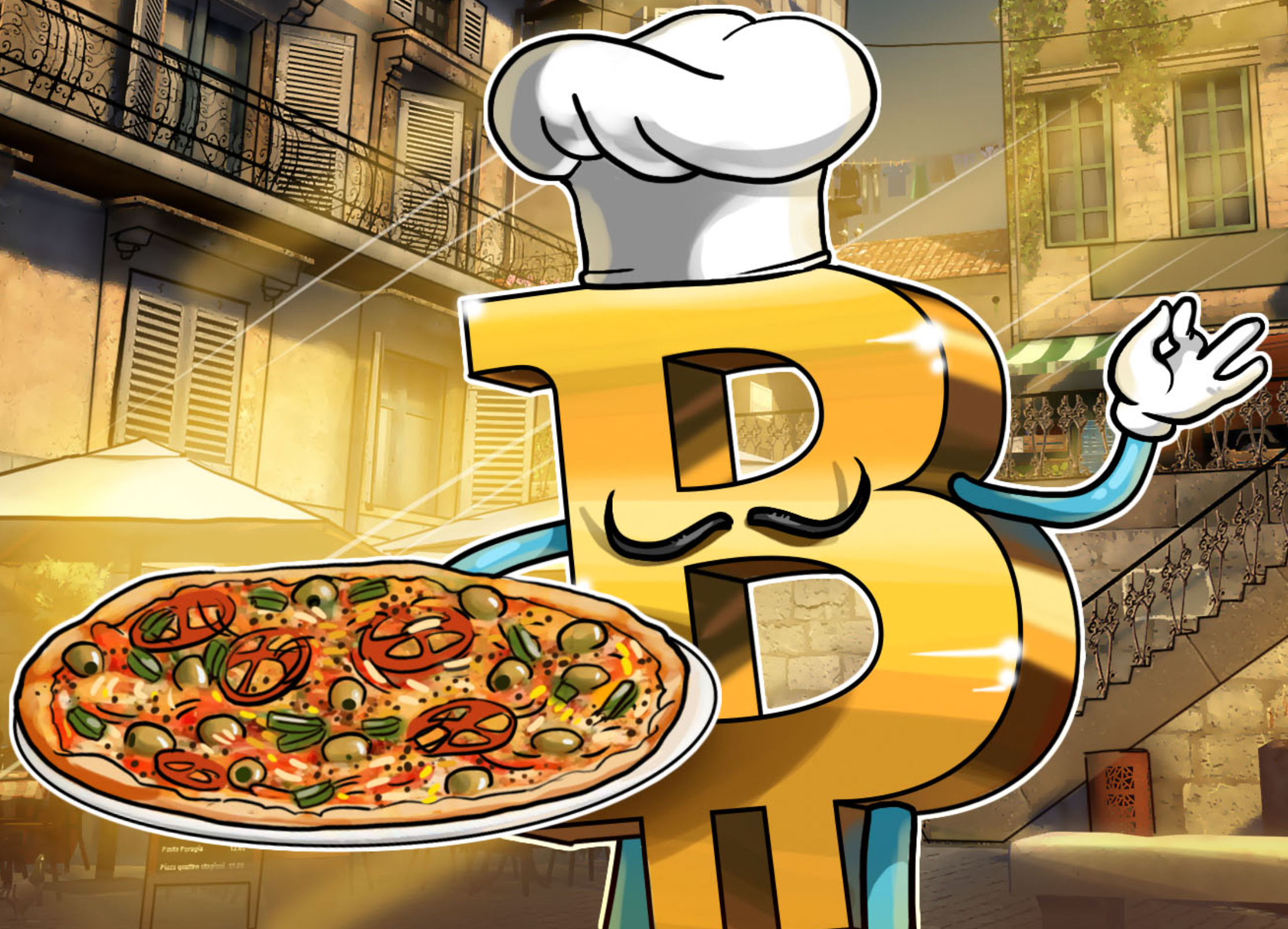 Bitcoin Pizza is the name given to the first known purchase of physical goods with bitcoin.
On May 22nd, 2010, a programmer named Laszlo Hanyecz made a post on Bitcointalk, the only Bitcoin forum in existence at that point. Hanyecz wrote:
I’ll pay 10,000 bitcoins for a couple of pizzas.. Like maybe 2 large ones so i have some left over for the next day

At the time, 10,000 BTC was equivalent to approximately 41 USD. This equals to a Bitcoin price of about 0.0041 USD. Hanyecz’s offer was taken up by another Bitcointalk user, who paid 25 USD for the two pizzas, netting a whopping 16 USD profit even at the time!

Now, let’s put this into perspective a bit and fast forward about seven years. In April 2021, Bitcoin was trading around 60,000 USD. At that point, the Bitcoin Pizza transaction was worth 600,000,000 USD.

Thanks to this now-fabled transaction, May 22nd has since been known as Bitcoin Pizza Day.

Hanyecz acquired the coins through mining on his laptop. Back then, mining on even consumer-grade hardware was a completely sensible method of acquiring bitcoins. Since then, Bitcoin mining has become a highly competitive industry. Large mining firms spend millions of dollars on developing specialized mining hardware, such as ASICs.
Hanyecz has stated in interviews that he does not regret using 10,000 BTC to purchase two pizzas. Back then, Bitcoin was an obscure Internet phenomenon only followed by a handful of enthusiasts. Using cryptocurrency to buy a physical good seemed more far-fetched than it does today. At that point, this transaction may have even looked like a bargain! Undoubtedly, the world of cryptocurrencies has come a long way since then.
In 2018, Hanyecz used the Bitcoin Lightning Network to buy two pizzas for 0.00649 BTC.